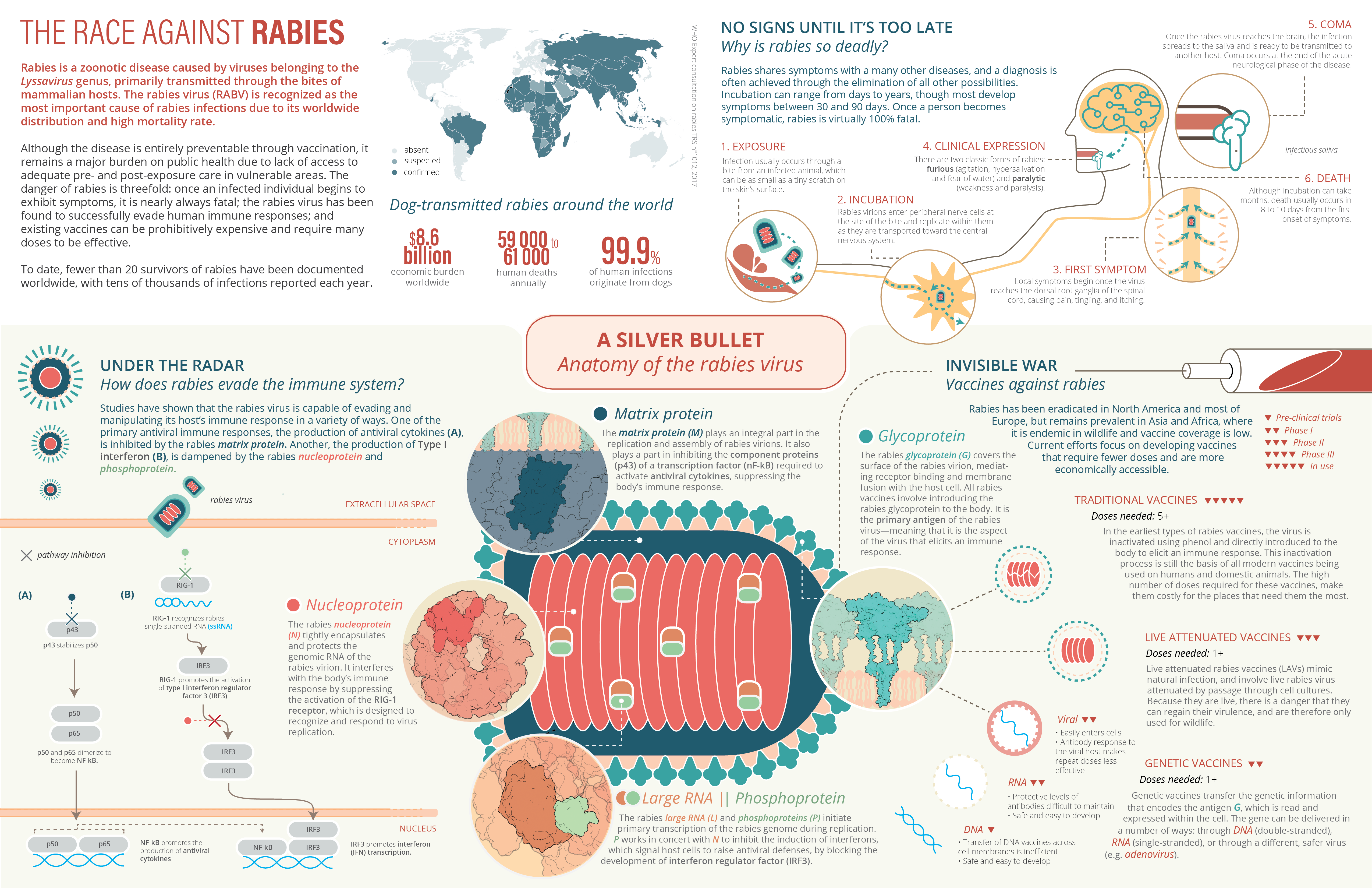 Infographic
The Race Against Rabies
CLIENT
Derek Ng
Year
2021
Media
VMD
Maya
Photoshop
Illustrator
Audience
Educated lay audience
DESCRIPTION
The goal of this project was to create an infographic displaying a biomolecular phenomenon and/or disease that is explainable through molecular structure-function relationships.
Although extirpated in many Western nations, rabies is a disease that causes untold damage worldwide every year. This infographic was designed to be an accessible look into the science of rabies: its epidemiology, its etiology, its molecular composition + pathways, and vaccines being developed against it. All molecular information is sourced from PubChem, and modelled/exported through Maya as 2D illustrations.
This project was created as a fold-out spread in a science magazine, for an educated lay audience.
Process

After exploratory research into the biomolecular specifics of rabies, I had a great deal of information on the disease—and not a great deal of space. My initial layout explorations were designed to get a feel of the pages I had, and to isolate the story that I wanted to tell. Stylistically, I knew that a graphical, illustrative depiction would be more appealing and less cluttered than a more realistic, rendered style, and worked with that restriction from the beginning.
Two preliminary layouts are pictured below: (1) Left, depicts a vaccine-focused layout with a limited view of the virus itself; (2) Right, depicts a timeline-focused view on the progression of the disease, with considerable overlaps with other sections. 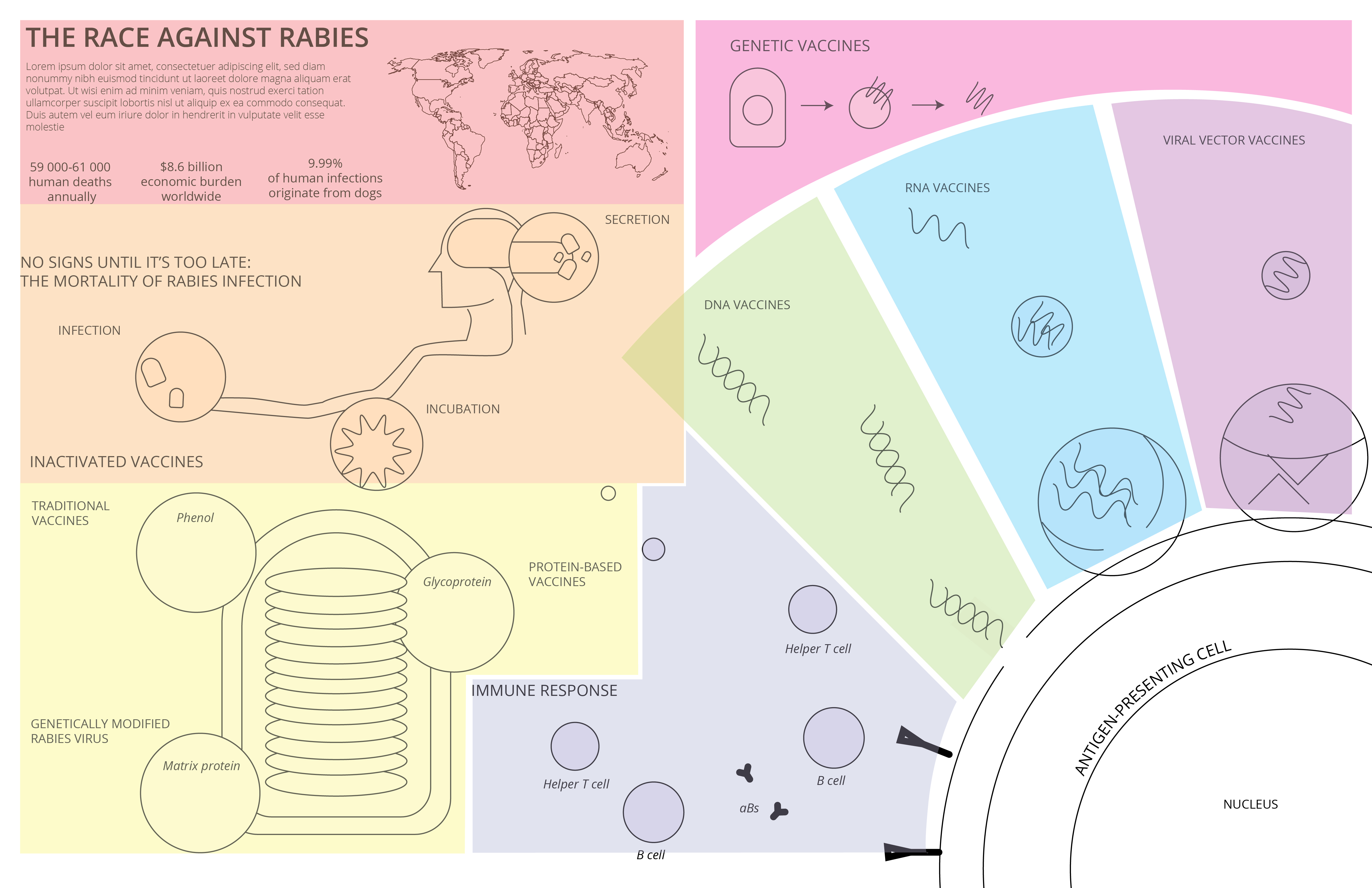 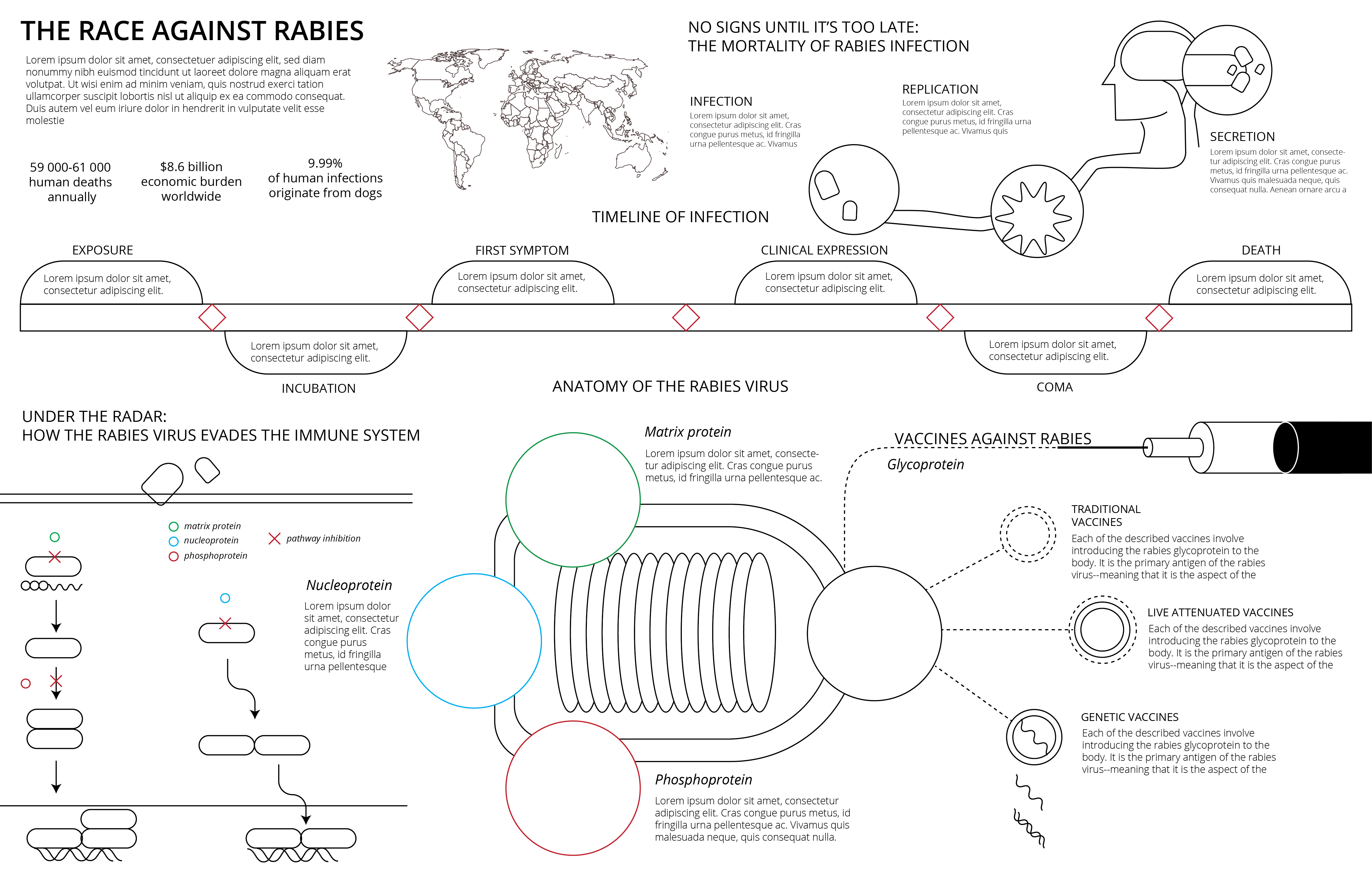 Given the quantity of information I wanted to convey, it became clear that a visual focus was needed, not only to maintain visual interest but to split the layout into distinct sections. I took the centered rabies virus from my preliminary explorations and began to adjust it, as well as the textual hierarchy, to make the layout easier to parse. A complementary colour palette with a salient central figure became the root of the final piece. 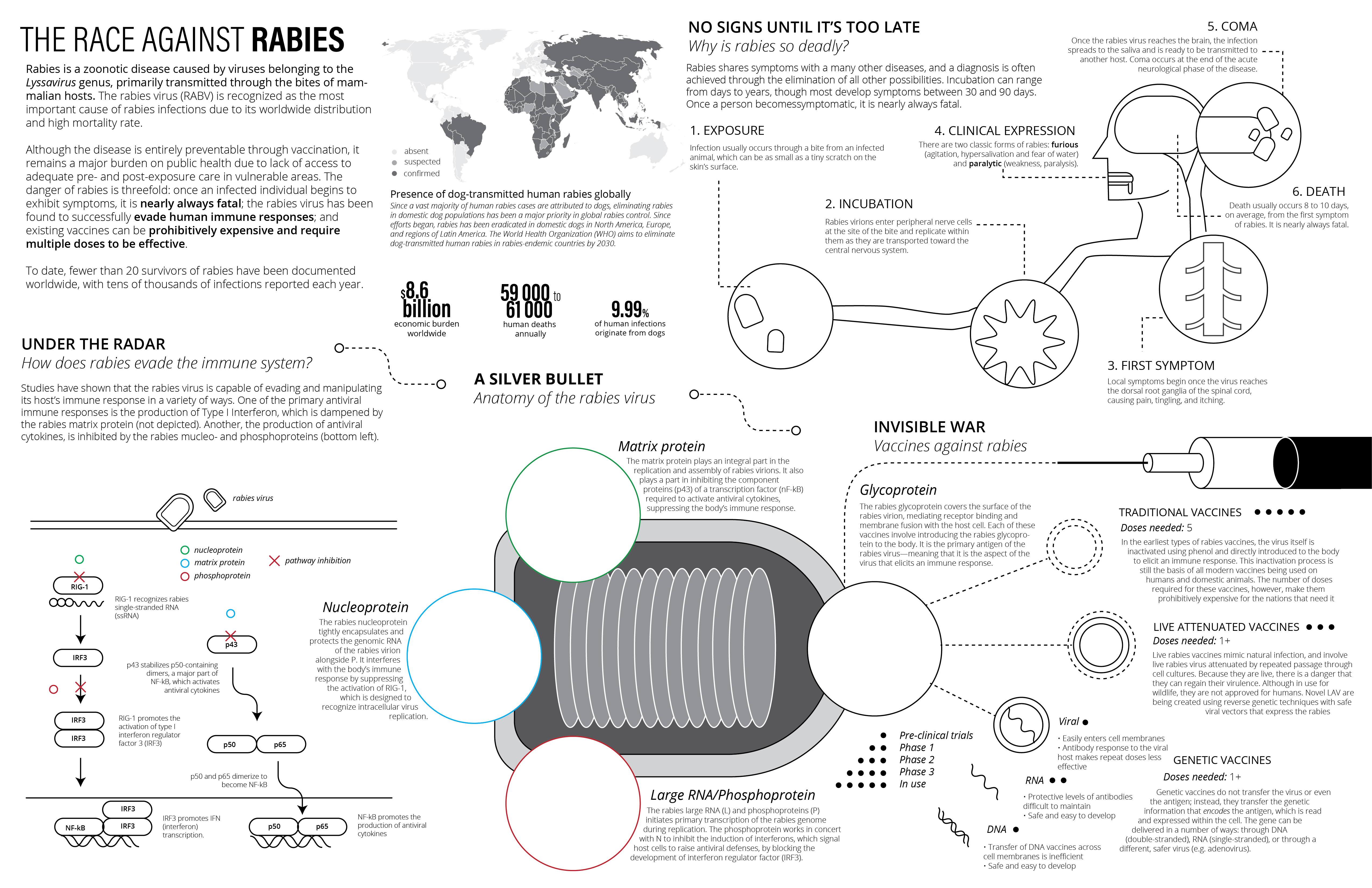